This week the day’s have pretty much mulled into the same result as I was mega busy at work, so from Day 15 – Day 20 I pretty much went up to feed the horses, check they were all ok and went back to work.

The weather has been miserable most of the week to be honest so I don’t think either of us minded. I have also ordered a brand new turnout rug online; I so can’t wait to receive it.

Here is a picture of Olly and my son, Xander having a moment on Sunday together.

Day 21 – Saturday 3rd February was the best day EVER. I’d managed to buy him a new turnout rug and so I needed him to be at the stable block whilst I changed the borrowed rug to his shiny new one.

I prepared his food and a haynet and put it right by the tie ring outside his stable and took Eddie’s feed with me to the field.

Olly came cantering down to me soon as he saw me (wow what a feeling that gives). My phone had little charge so I couldn’t take a video of it but it was truly magical and reminded me of the times he used to chase his field buddy (our children’s pony Jakey) up from the field four years ago, when I used to own them, for their feed; so heart warming and anyone who owns a horse will understand this feeling.

We walked down to the stable block no trouble, few snorts but that is normal for Olly (I wonder if its because there are barns either side of the walkway that he’s unsure of??), anyway here’s a quick video of it:

I tied Olly up and he proceeded to eat his food. I took the black ‘borrowed’ rug off him and checked him all over. He seems to have lost a bit of his ‘podgy’ belly but otherwise he looks fab. 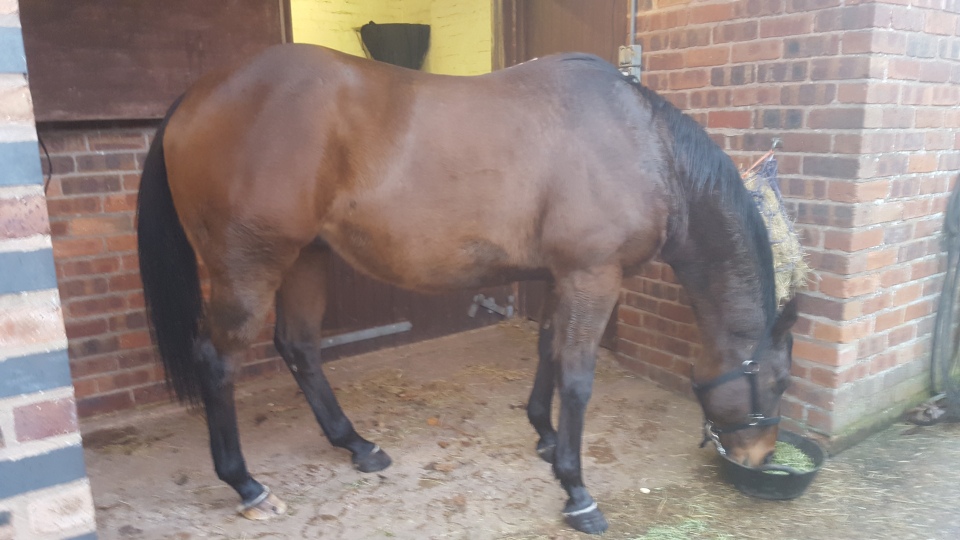 I got his new rug out and showed it him. He sniffed at it then continued eating. This is all progress by the way as Olly really didn’t like being tied up by the stables and something new used to set him off snorting again but he’s getting it. I think he’s beginning to trust me. 🙂

I put the new rug on him and did all the straps up. For £35 (which including the postage) its a really nice quality rug. 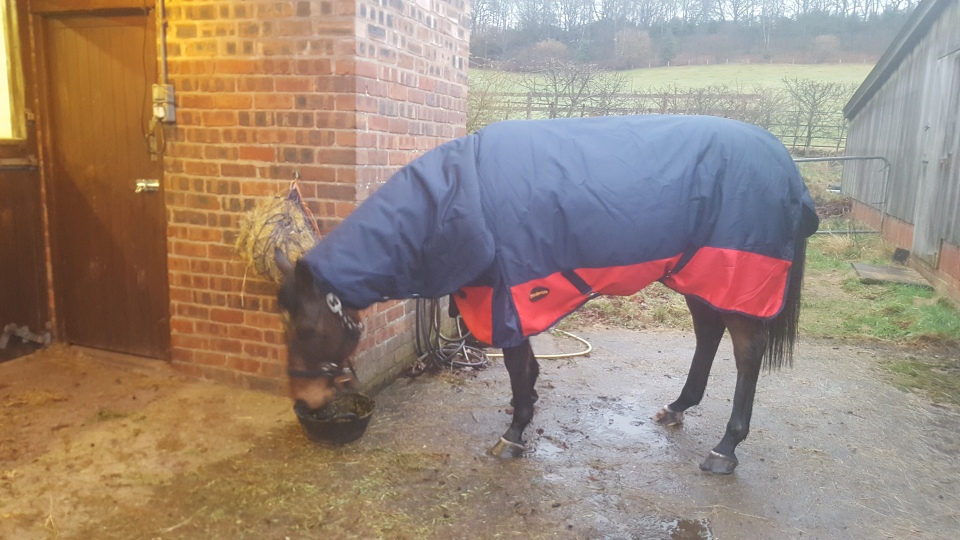 I brought the 6’6″ which is what he’s been wearing and it seems really generous. It fits right over his tail and right upto his ears and the length is good too so i made sure the straps were right for his size and went from there. 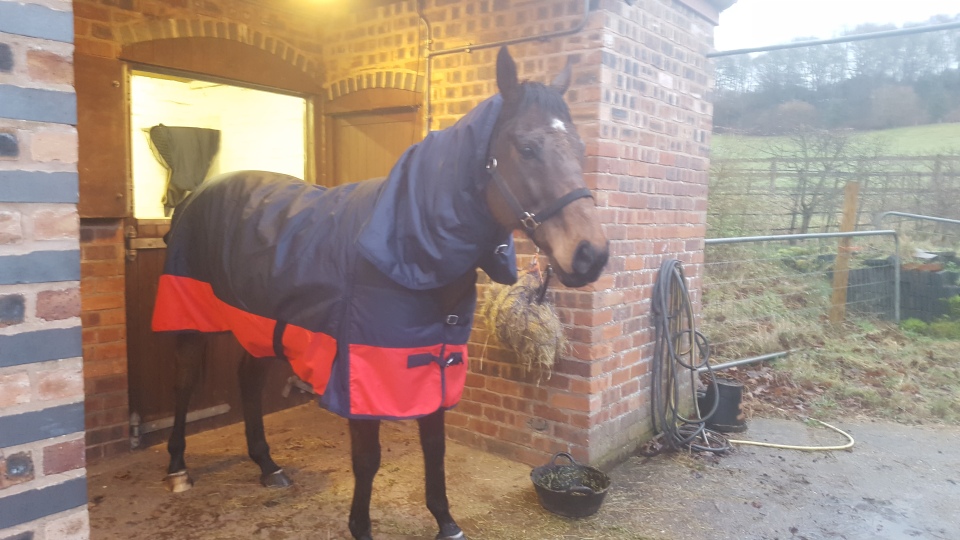 Toffee neighed at this point which stopped Olly in his tracks. He became fidgety but not at all anxious as he still happily ate the remainder of his food but you could see he wanted to get back to his buddies.

Once he did finish his food, we took a turn round the stable only this time I stopped him mid way, which he did, and I gave him some parsnip pieces as a treat (just healthy treats for my boy), then we walked out the stable, stood still just outside the doorway and then walked on again. (Wow, my boy got it!)

We then walked back to the field doing our stand/walk-on exercise a few times (perfectly I may add) all the way to the field gate. Olly waited patiently whilst I opened the two gates into their field and even waited for me to usher Eddie out the way of the gate.

Once in the field he stood still and dropped his head for me to take his headcollar off. Eddie stood still too (which helps) and once I had released Olly they both wondered off to graze.

Olly then got down and rolled (typical horse, breaking his rug in good and proper) then Eddie followed suit. My battery on my phone had died so I couldn’t take any pictures. Gutted!

Olly then came over to me and had a fuss but soon as Eddie wondered over they moved off and went for a gallop which little Toffee became hot on their heels behind.

What a wonderful day today was. It wasnt planned, I just knew it had to be done and I wonder if my attitude to the task meant that Olly gained confidence from my ‘just get it done’ attitude. Maybe I neex to do this more often and maybe groom him at the stables ??? An item on the ‘To Do List’ for next week I think 😉

What a day today has been!