Some of you may have recently read my blog about Olly, the horse I had to give up just over four years ago, being offered back to me by the wonderful charity Blue Cross Rolleston Rehoming Centre.

Well on Sunday I picked him up. Words just cannot describe how I feel right now. 😁

It was a little stressful the day before on Saturday as we had a little issue with transport but thankfully it soon sorted itself out. 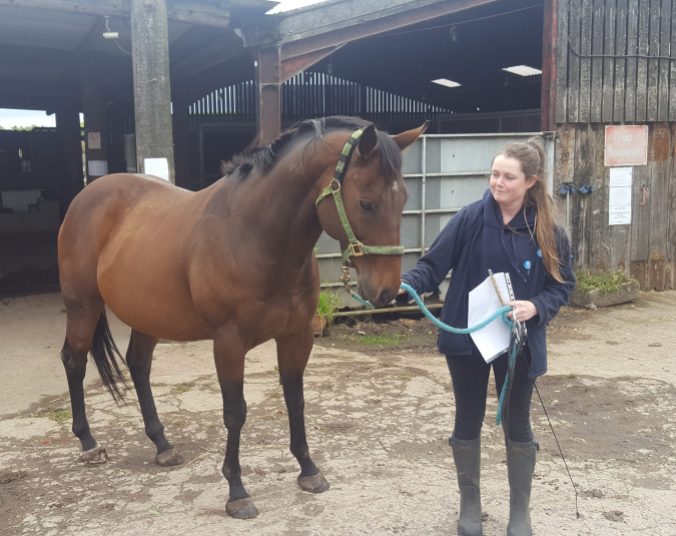 We got to the yard in good time. Olly was waiting for us. I had to sign the loan agreement (because although he had originally been mine, I had surrendered him so I now have to loan him back from the Blue Cross.) we then waited just 10 minutes or so for the horse box to arrive.

When the horsebox arrived it was like Olly knew it was for him when he saw it drive onto the car park. He began to become fidgety and his fosterer had to keep feeding him some pony nuts just to keep his mind preoccupied. 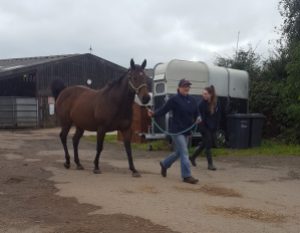 With the ramp finally down and a hay net in we started to load. With a few sniffs and snorts Olly loaded lovely. He became a little anxious so we were keen to get him safe and put the ramp back up and set off because most of the time soon as the horse box starts to move the horses settle.

Well unfortunately this wasn’t the case. Olly ended up getting himself free (somehow became Houdini for a moment) and ended up kicking or shoving one of the petitions out of place. He then had to come back off the box so that it could be put back into place. 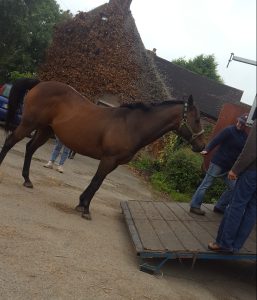 So, off the horse box he came, a little agitated but thankfully nothing more, and after a walk around the car park and offering him the chance to graze and calm down the partition was fixed and we were back on track to load him again.

This time he wasn’t so much convinced he wanted to load and planted himself at the end of the ramp. We were all calm. Time was on our side and we let Olly just chill a little before starting to coax him onto the box. A handful of feed and a couple of carrots in a bucket did the trick (always thinking of their stomachs are horses lol 😅).

A quick safety check done, engine turned on whilst the ramp went up and away they went. We followed closely behind for a while before getting onto the motorway just in case he became unsafe again but he was checked on throughout the journey and he had settled and started munching his hay.

Once we reached the motorway we went off ahead of the box so we could get the paddock ready for Olly’s arrival and check Eddie and Toffee were ok.

We hadn’t been at the yard that long before the box eventually turned up. I unloaded Olly off the horsebox and checked him over, took him to show him his stable and then off to the paddock where he would meet Eddie and Toffee over a post and rail fence.

Introductions went well. Being all geldings there was going to be no competition for a mares affection so after a few squeals they all settled and started to graze.

Olly had been wormed the day before and so had to stay in the paddock overnight just as a precaution but it was planned to let them into the bigger field together on Monday morning.

My Business Is Out Of Action

Hey! Welcome to my crazy life……


Error: API requests are being delayed for this account. New posts will not be retrieved.