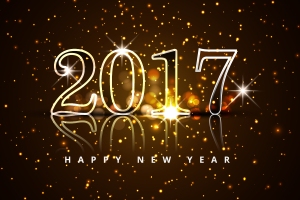 Yes, this is a lot later than anticipated. I had hoped to bring the New Year in with a new blog post on the first of the month but circumstances evolved that delayed this process.

So how was your Christmas?

Mine, was a mixed bag, to be honest. Although I loved watching the children open their gifts on Christmas day, this year it was blurred with disappointment for me as I knew what I’d brought them wasn’t exactly what they had asked for most recently and was more of what they actually ‘needed’.

Now I’m not in the habit of listing what everyone did and didn’t have but let us just say their list to Santa in December didn’t have on it what they got. (This could question their belief in Santa in future, I fear). Money is really tight for us at the moment and we can’t ponder to the children’s desires, so at the age of 7 and 10, they had to make do with what they got.

I must say they were very polite about it but I could tell our youngest missed the XBox he really wanted BUT it’s not like he needed one because our friends had borrowed us their Wii for him to play on for now so that will just have to do.😊

Although they were ok with what they had I still grieved for them that day. I remember being spoilt on Christmas day by my parents and I was sad I couldn’t do the same for my kids.

I Had A Wobble

Then leading up to Christmas I had a rough time mostly due to work and the stress of it tipped me over creating a major wobble which has resulted in me going back onto anti-depressants.

Now I don’t tell you this for pity but more to show anyone out there who may feel the same and give reassurance that it is OK to crack up once in a while, it’s normal and we shouldn’t be afraid to admit it either.

Life can be hard and so cruel sometimes (this week was the first anniversary of my Nana’s death who I loved very much and was very close to) but it can also be wonderful and admitting our weaknesses is the first step to getting better in ourselves. I am now actively working through a process to make things better for me which is what will change my outlook on things and hopefully give me the tools I need to cope with the bad days.

I hope to have more good days than bad starting with a proactive plan for this coming year. With help from my family and friends I intend to find at least one positive in each day and if I can picture it and make a memory of it then I will and by the end of 2017 I will have built a year of good memories which I hope will help me to become stronger. I have also accepted some professional assistance which I hope will get me back on the straight and narrow road to recovery. Depression is an illness, many people (including me in the beginning) just don’t ‘see’ it and therefore can be quite blasé about it but it is there waiting in the wings to pounce at your most vulnerable time in life.

I’m stronger than I think though. I do currently lack self-esteem and confidence which just seems to feed the depression even more so I need to learn to love myself again and regain the confidence I once had when I was younger. It’s a process I can only do once I’ve admitted my faults and accepted my weaknesses, but remember to also look for the positives in me and concentrate on building on those is the most important part of getting better.

I Am A Strong Woman

I love this statement. It explains my current situation very well, can you correlate to this too?

I’m in it for the long haul folks…who’s with me?

Why I abandoned my Social Media Accounts.

Why I’ve gone back to an office job